By the Waters of Tomorrow 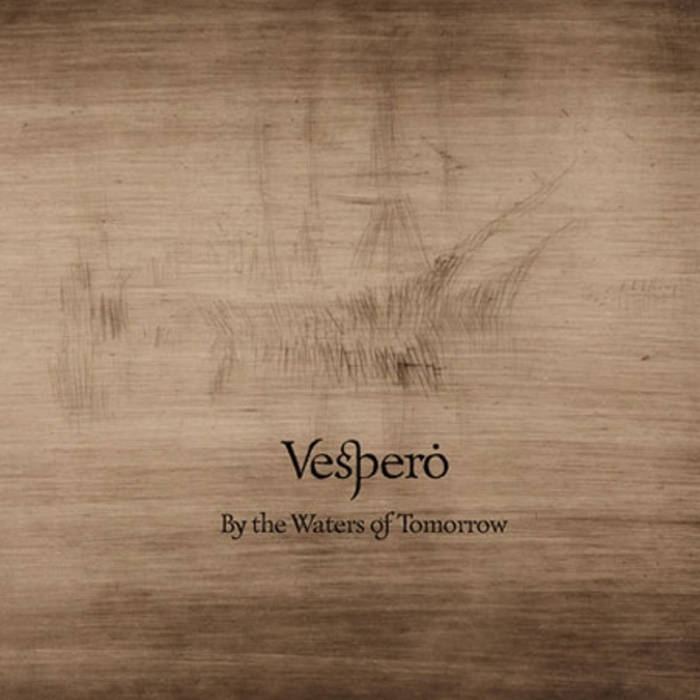 The only downside is the mix is a little light at the bottom end and lacking "oomph". There are places I'd expect to feel a physical force - and... I can hear what was there, but I don't get the impact. That said, it's a very clear mix - you can make everything out, and with so much going on in places, it could have ended up muddy. Favorite track: Pavane Lacryme.

VESPERO isn’t an easy band to pigeonhole. By The Waters Of Tomorrow, their third official studio album covers a diverse array of space-rock, kraut-rock, neo-psychedelia, and art-rock elements. But the group has a vision of their own, and continue to forge ahead on this completely instrumental album. The line-up features Ivan Fedotov (drums, percussion), Arkady Fedotov (bass, melodica, bass-synth, oscillations), Alexander Kuzovlev (guitar, electronics), Alexei Klabukov (keyboards, mellotron), Vladimir Belov (cello, keyboards) as well as a number of guests including synth-wizard Alisa Coral who is also a sound-producer of the album, and violinist Valentin Rulev, a past-member of the band. Full of synthesizers and strings, the music successfully links various stylistic areas with mysterious and a bit dark atmosphere. Another thing the release acknowledges is world music; elements of Near East music are quite prominent, though it is definitely a rock album. Vespero’s phenomena following will find a lot to appreciate in this challenging work. (9 tracks - 63 min.)


"By The Waters Of Tomorrow is yet another masterpiece from Vespero. The band has amazingly once again put together an absolutely enthralling, free flowing and complex sounding collection of music that will slowly reveal itself to you one glorious layer at a time. If you haven't yet heard what arguably has to be not only one of Russia's premium musical exports, but also one of the finest examples of what modern, psych/space rock should sound like, then Vespero definitely have to be on your musical radar." – by Ryan Sparks at "Sea Of Tranquility" (USA)

"The band have built nine stunning musical interludes that are elegant, each unique in their approach, jammed out in their inimitable style, a journey through ones mind, presenting elements of psychedelia, progressive, space and Kraut rock of the highest order, that is both fluid, mesmerising and dynamic in approach, music that has been created from the soul. The total dynamic of the band is stunning, adept in presenting vibrant bass lines, acrobatic drum work, heady and swirly keyboard stages, fantastic guitar interludes which underpins the whole structure of the music... Vespero have really majestically created a somewhat powerful musical statement, which sees the band really manipulating differing sounds, bonding them as one; unifying them for the pleasure of their audience." – by John O'Boyle at "DPRP" (UK)