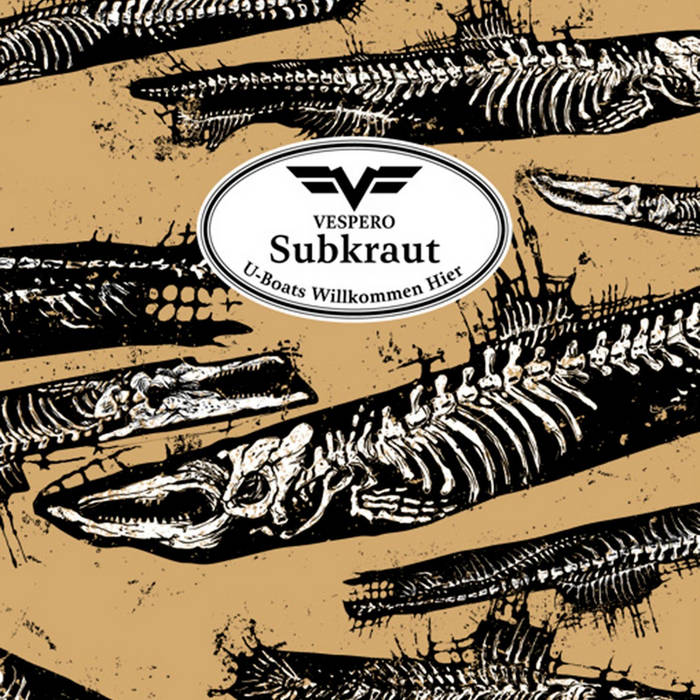 Peter Jones I had to try very hard not to skip track 2 - the sax saved it. I'm not a great fan of short looped sequences, even with jamming this good.

The rest of the album makes up for it, exploring various spacey styles and moods. What is under the waves but an analogy for outer space? Favorite track: The Strangest Thing in the Ocean.

"A German bird of prey had been carved into the rock above the submarine dock, but Morris had used a kosher salami to blast away the swastika in its talons. Likewise a yellowed banner announcing 'U-Boats Willkommen Hier' had been scorched with lasers, and a stack of crates and steel drums stamped with the SS thunderbolt had served as the bull's-eye for numerous whipped-cream targeting experiments." – by Matt Ruff from "Sewer, Gas & Electric: The Public Works Trilogy" (Atlantic Monthly Press, 1997)

"For my money there are a scant few bands, instrumental or otherwise, that continue to push the sonic envelope further with each subsequent release as effectively as the Russian space rock outfit Vespero. Now four albums into their career, their latest opus entitled Subkraut: U-Boats Willkommen Hier is a concept disc of sorts that finds the band keeping the crux of their sound and many of their key musical ingredients firmly intact, and yet at the same time, it also see's them continuing their relentless affinity for self discovery by carving out new paths in the search for those missing layers required to take them to the next level." – by Ryan Sparks at "Sea Of Tranquility" (USA)

"With each new release the Russian band Vespero further reinforce my feeling that they are one of the best instrumental bands on the contemporary Space Rock/Psychedelic scene… I don’t consider Vespero’s music to be Krautrock. To me they’re like a cross between early Korai Orom and Ozric Tentacles, with more emphasis on the former, though more overtly space rock than Korai Orom… In summary, this is a shoe-in for inclusion on my Best of 2012 list. Nuff said…" – by Jerry Kranitz at "Aural Innovations" (USA)

The whole march got the shape at the Vespero’s MS in Astrakhan, 2011. Responsible soundmariners are Alexander Kuzovlev and Alexei Klabukov. Art navigation by Zonder Zond. Executive planning by Igor Gorely