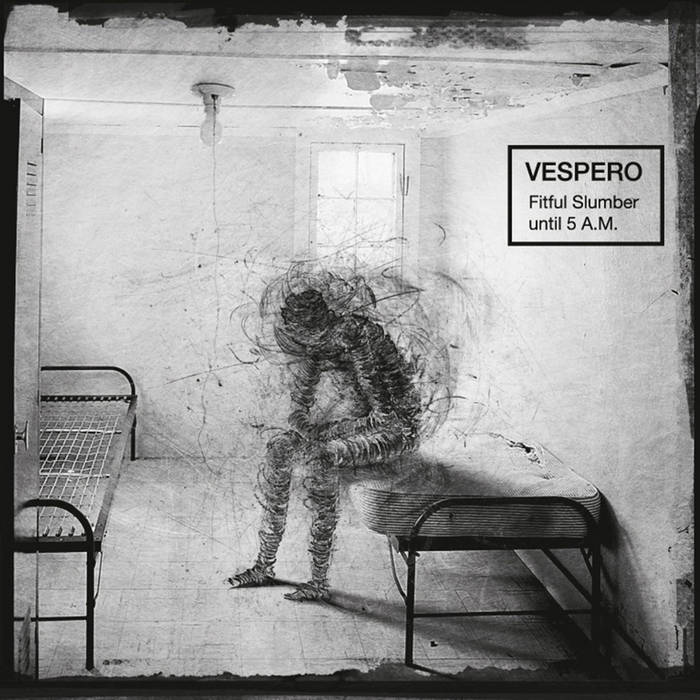 Peter Jones It's very hard to put into words what's going on here - other than it being great progressive rock with some flute and sax.

christorodentor where is my free download for this album ?

"Music is like a dream. At the same time it is, on the contrary, like a more distinct form of consciousness than that of our normal waking hours. Which of the two really was music, I used to wonder? Music had the power at times to reverse these contrary things." – from "The Temple of the Golden Pavilion" by Yukio Mishima (1956).

"Fitful Slumber until 5 A.M." is the 6th studio album by VESPERO. It’s a fascinating, all instrumental, conceptual piece touching upon the theme of intricate functions of the human subconscious, dream-visions and music.

"Vespero continue to evolve, and on their latest album, Fitful Slumber until 5A.M., they serve up one of their most compositionally and instrumentally sophisticated and exciting sets to date... I’ve been an impressed follower of Vespero since their launch and have to say this is hands down their best album to date. The musicianship and compositional acrobatics are mind-blowing, but maintain a relaxed freeform feel so as to dispense with any overly flashy pretentions. This is complex Prog that rocks hard and takes chances. Fitful Slumber until 5A.M. will be a shoe-in for my Best of 2015 list." – by Jerry Kranitz at "Aural Innovations" (USA)

"This seventy minute epic finds the band continuing to blend their prog/ jazz/ psych rock template and adding subtle elements of folk and ethnic music to the mix. The musicianship is once again stellar and the arrangements are elaborate and superbly crafted. The unique brand of music that Vespero creates is constructed in such a way, that all it really asks of the listener is that they find a time and space to listen to the music from beginning to end. If received in this manner, it just makes the rewards that much more plentiful." – by Ryan Sparks at "Sea Of Tranquility" (USA)